Writing the firmware on the satellites

Designed, documented, and implemented a complete telemetry solution on Linux

Responsible for the entire firmware architecture of mass-produced domestic robots.

Invented a separate and scalable unit-test board that spoofs every single I/O of the MCUs, reliably and automatically testing the firmware before each submission

In charge of the key kernel display driver, written in C++

Added features and fixed bugs, closing up to 75% of the tickets assigned to our team per year

Supported the new and old devices through half a dozen generations

Strong input to the design of the future devices technologies, both in HW and SW

Expertise from the hardware to the user interface

He is an excellent debugger – he is as comfortable with an oscilloscope as with the GDB debugger. Axel embodies the best qualities in a strong engineer – excellent programming skills, strong technical leadership skills, and a willingness and desire to help and work with others.
Joe Augenbraun
https://www.linkedin.com/in/jaugenbraun

Axel took it upon himself from his first day on the job to develop what came to be our cleanest, best tested, most stable/general part of our code base. […] At his own initiation and design, he developed a pretty ingenious testing protocol where he reused much of his code to build simulated sensors and actuators using additional embedded processors.
Dan Oblinger
https://www.linkedin.com/in/oblinger

I had a chance to see evolution of the embedded code he was responsible for. Axel has a good approach to his work. Dividing task into meaningful, testable parts is a value. Everyone knows that, everyone tries to follow that, but not everyone manages to do it. Axel simply fills his TODOs one by one.
Grzegorz Biziel
https://www.linkedin.com/in/grzegorzbiziel

Axel is a prolific coder who’s equally adept with both SW and HW. He grasps complex ideas with ease and digs deep into technologies often developing insight into areas that may be beyond his immediate domain.
Pulkit Desai
https://www.linkedin.com/in/pulkit-desai-b082052

He learns fast and thinks fast. He is detail-oriented and very precise in his programming. I have seen him get comfortable with huge code bases in small amounts of time, with ease. He will always go out of his way to make sure the code is robust and that even the most innocuous issue has no chance of occurring. He is very productive and will tackle hard issues one after the other tirelessly.
Clement Moussu
https://www.linkedin.com/in/moussu

Axel has demonstrated above average speed in analyzing and answering the questions and me be considered for time critical projects.

Axel has demonstrated a mastery in applying their knowledge to practical applications.
IKM
International Knowledge Measurement 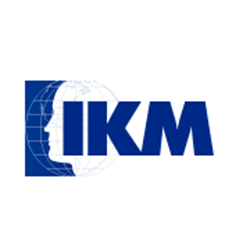